The French group was initially composed of four students in masters at Sciences Po Paris. They had in common their focus on international and European studies, and a great interests in living arts. They all have experienced theatre through different ways in their life. 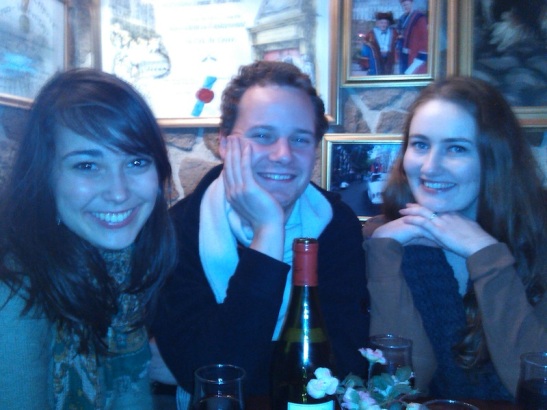 “Our work was firstly focused on interviews. The idea was to question people around us about crisis to make it more intelligible. We thought that asking people about crisis would carry out contrasting answers, which could be useful for our creation process.  The group conducted around 12 interviews. Some were planned in advanced and very formal (teachers, journalists, European MP) and some spontaneous (students during a breakfast, a grandmother in a bar). Opinions, reactions, arguments and personal emotions about crisis were surprisingly similar: does it mean that no one knows what crisis is really? 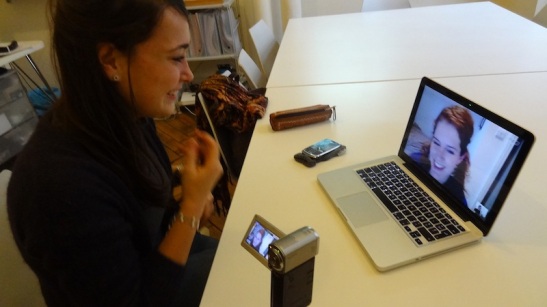 We have written down the whole interviews conducted and combined them. On the basis of those interviews, we have tried to keep some sections or sentences. Mostly, we kept from those interviews simple characteristics from personalities met, their anecdotic behaviors and the context of their speech.

At that step, we have extended the group to new participants. The final group, which will be in Sifnos, is then much more multi-disciplinary: Marion and Elodie are students in European studies from Sciences Po Paris, Charlotte is working in a Foundation in Paris and is an active amateur in theatre, Louise is a junior video artist from Bordeaux, Céline is a performing artist from Conservatoire de Paris (National Theatre School). The group is coordinated by Mathilde Delahaye, Junior stage director from Conservatoire de Paris.

We are now ready to deal with crisis and go beyond!”

This entry was posted on June 28, 2013 by adminsifnoscrisis in Group biographies.